If you’re planning a family visit to Niagara Falls this New Year’s Eve, there’s no shortage of entertainment and attractions for people of all ages to enjoy. 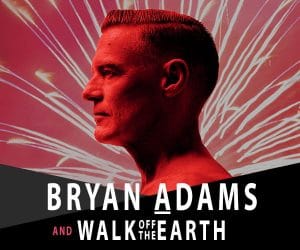 Ring in 2020 at one of Canada’s longest running New Year’s Eve concert celebrations in Queen Victoria Park!  This free live outdoor concert features an amazing all-Canadian lineup of award winning musicians. The festivities begin at 8:30pm with Juno Award Winning, multi-platinum musical phenomenon, Walk Off The Earth and is headlined by one of Canada’s most exciting live musicians; Bryan Adams.  With a career that spans four decades, and 14 studio albums, Adams is a prolific singer/songwriter and is responsible for some of the country’s most iconic songs. A multi-talented musician and producer, his work has garnered him numerous awards and accolades including three Academy Award Nominations, five Golden Globe nominations and a Grammy Award!

The New Year’s Eve celebration will also feature two spectacular firework shows over Niagara Falls to spark the beginning of 2020!

Book your New Year’s Eve Hotel Getaway today and stay in the heart of the City closest to all Niagara Falls’ attractions and festivities.